The trees of Ta Prohm Temple in Cambodia 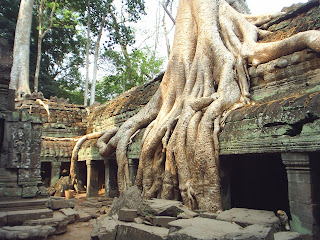 The tree roots surrounding the Ta Prohm Temple in Cambodia seem to have swallowed up the temple making it interesting to try to discern which parts are nature and which are stone.  If this photo looks like the ruins straight out of a movie, such as Tomb Raider, that's because part of that movie was filmed here.  The temple was built in approximately 1181 or 1186, and it is rated as one of the top ten iconic places to photograph.

Perhaps even more interesting than the overpowering trees is that one of the carvings on the stone temple appears to be a STEGOSAURUS. 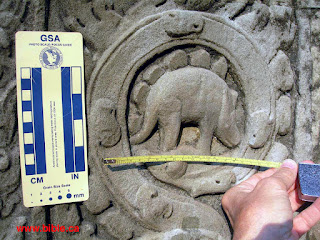 Since, it is widely believed that humans did not live during the dinosaur era, it begs the question, "How on earth did these people from 1180 A.D. know what a stegosaurus looked like?".  Some people speculate that this is proof that humans did live at the same time as dinosaurs; others believe that current day humans carved it as a prank.  I'll let you decide for yourself.  The following link is most interesting in regard to this subject. 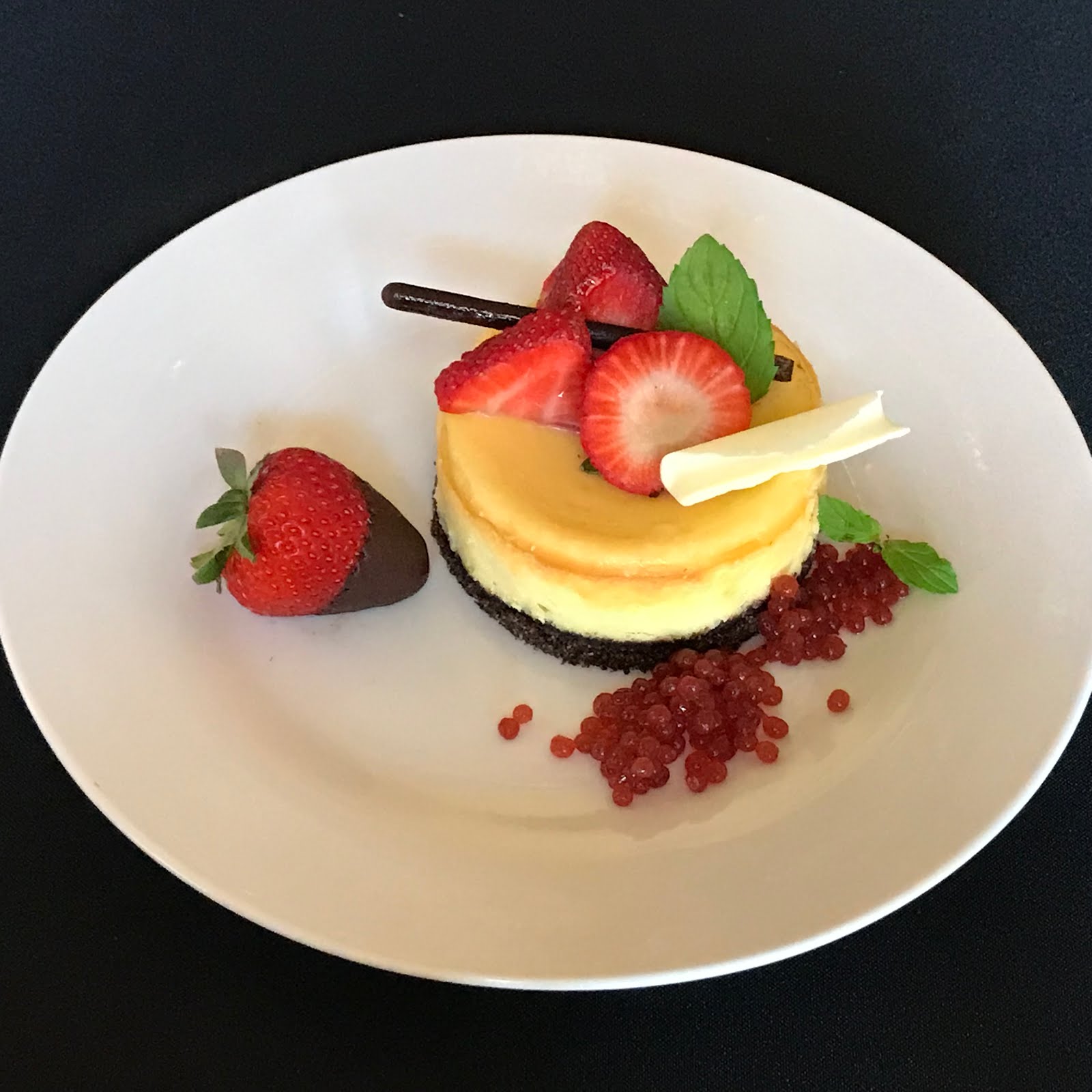 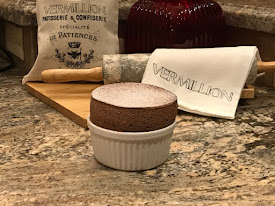